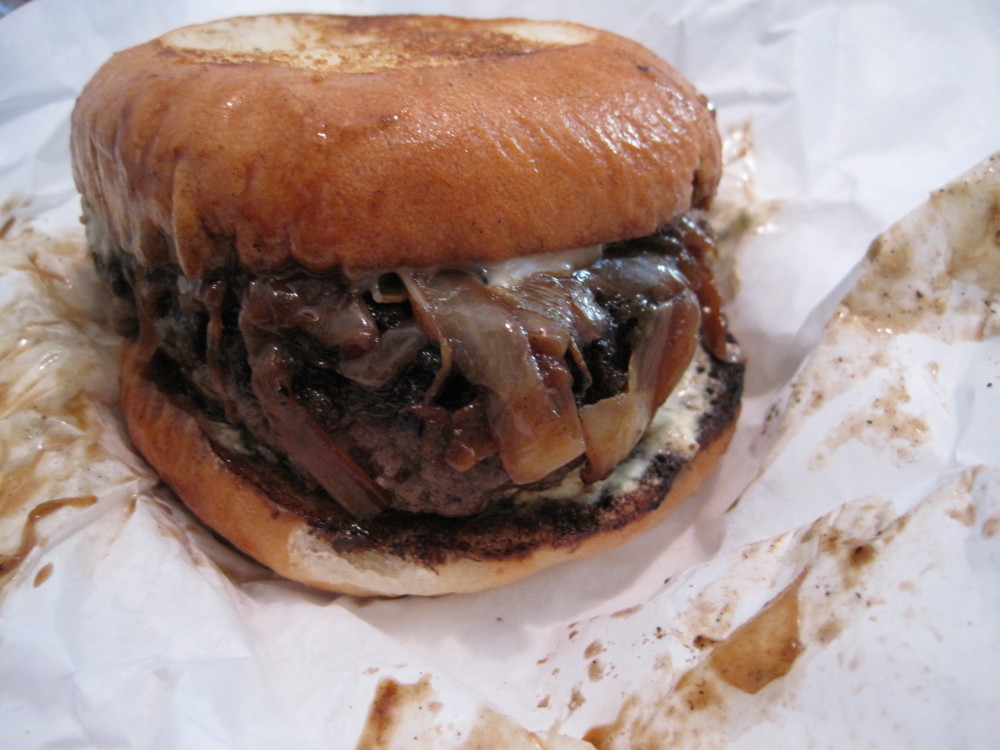 For $8 you get 1/3 lb of aged Harris Ranch brisket, short rib, and chuck granulated and seared in beef fat. With Monterey Jack cheese, caramelized onions, and caper aioli. Add another $2 for french fries.

I ordered mine medium-rare, and I wished I had ordered it cooked a little more (though it probably still would have been too pink, because
Albie’s was supposed to be cooked more and it wasn’t). I made it about half way through the burger before I was so grossed-out I couldn’t go on anymore. The meat in the middle looked way too much like the pink ground meat before its cooked. Usually its just a little pink, but I could still see all the wiggly pink rawness.

I’m still giving them an ok rating, because before I reached my breaking point the burger was pretty good. The outside was definitely nice and crispy with a touch of grill flavor. And it met my messy requirement. The french fries were also really good, crispy all the way through. I will probably never get a burger there again though, unless they can give me less meat. I think the fact that the burger was so thick really hindered the cooking of it.

Just a girl looking for a good burger.
View all posts by Nikki →
This entry was posted in 1 Star, Extreme, Mission and tagged 1-star, cheeseburger, good sides, messy, Mission, reviewed by Nikki. Bookmark the permalink.